Believe it or not, I have never read a single play by Shakespeare, nor seen one acted out.  Until last night, that is.  I have always shied away from Shakespeare, not particularly caring for the overly dramatic, and not being wildly keen about tragedy.  I also (I blush to admit) have found the speeches in his plays to be all but incomprehensible.  Last night, I was proven wrong on all accounts and my respect for Shakespeare has skyrocketed.  I have had my first official introduction to Shakespeare, in the 2013 film version of Romeo and Juliet.

(I will be including spoilers in this post, assuming that most of you are familiar with the basic storyline.)

I loved so many aspects of this film, and was delighted to find myself proven wrong on all of my previous grudges against Shakespeare.  I have always been extremely impatient (even disgusted) with over-the-top romance.  Give me the Emma & Mr. Knightly version of “friendship-blossoming-into-love” to passionate, stormy romances any day!  Yet somehow, whether from the genius of Shakespeare or the brilliant acting of Hailee Steinfeld and Douglas Booth or the amazing filmmakers, I actually found the pinnacle of stormy, over-the-top romance stories to be beautifully moving.  (Not the type of romance that I’d chose for myself, of course, but I could truly appreciate its beauty in dramatic form.)

Not having read the original play before, I had to rely on my sister’s knowledge of Romeo and Juliet.  She read it for the second time yesterday (in preparation for our movie night).  Throughout the film, she continually clapped her hands or exclaimed in delight, saying that almost every word was straight from the play.  She said that the film differed from the book on one single point only, and that the change they made was for the better.  The thing that blew my mind was the fact that the actors (every one of them were incredible) were able to take flowery, poetic speeches and make them seem absolutely spontaneous.  I had always assumed that the speeches of Shakespeare (while being beautiful to read) would sound forced and strange in the mouths of live actors.  I can’t speak for any other versions of Romeo and Juliet, but I applaud the actors in this rendition for bringing all of those gorgeous words to life.

The story was, of course, extremely tragic.  The thing that cut me to the heart was the fact that in every single point, the lovers’ dark end was so preventable.  If only they had listened to wisdom!  They were constantly being chastised, remonstrated and challenged by their wise friends, Friar Laurence and Benvolio, to be prudent.  And yet through what they considered to be their “duty” to love, their love ended in unspeakable grief.  Romeo and Juliet worshiped each other in the true meaning of the word.  Though they did everything they could possibly do to prove their faithfulness to one another, though they were properly married, though they each truly felt themselves to be acting in the purest and most selfless love, their actions were ultimately of the most selfish kind imaginable.

I was truly conflicted in my admiration for the hero and heroine of this tale.  How am I to love characters who can shut their eyes to the pleading tears of their friends, and end their lives so needlessly and foolishly?  And yet how could I not love two young people filled with such genuine devotion, and such truly tender hearts.  Because even if Romeo and Juliet’s last acts were done in selfishness, for the most part they were noble, courageous, and honorable.

As much as I pitied, sympathized and felt for the two main characters, though, my favorite character by far was Benvolio.  He was so young, but so wise.  He stood alone in his constant attempts at peacemaking between the feuding families of Montague and Capulet.  No matter the situation, he always strove to do what was right.

Father Laurence, as well, was a breath of fresh air in his blunt, honest answers and clear-headed thinking.  (Though it did take me a while to get used to “John Adams” in a monk’s robe.) 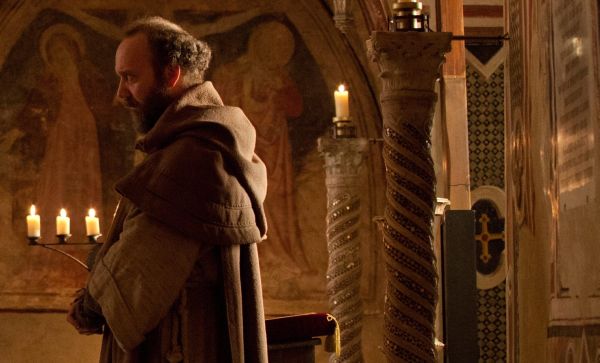 At one point, when Romeo was declaring his wild love for Juliet and his desire to marry her immediately, the Friar gave an amazing speech, capturing the true message of Romeo and Juliet:

These violent delights have violent ends
And in their triumph die, like fire and powder,
Which, as they kiss, consume. The sweetest honey
Is loathsome in his own deliciousness
And in the taste confounds the appetite.
Therefore love moderately. Long love doth so.
Too swift arrives as tardy as too slow.
I can’t say enough about all of the characters – whether evil or endearing, they were all masterfully written and masterfully acted.  (The villain Tybalt especially, though not having an abundance of screen time, had such powerful presence.)  The costumes were unbelievable, and the cathedrals, palaces and landscapes of Italy were breathtaking.  I can honestly say that I have never seen a more beautiful movie than Romeo and Juliet.  As far as negatives go, the filmmakers stuck to the original story like glue, so if you know the story you can know the sort of thing to expect from this film.  It definitely deserved its PG-13 rating, but it did not feel “dirty” in any way.  There were several duels and deaths yet nothing overly bloody.  There was  a ton of kissing, though most of the kissing was done after Juliet and Romeo were married.  There was one “scene,” also in the context of marriage, but (for that type of scene) it was rather delicately done – though looking down/skipping it would not take away from the story at all.  The real apprehension I had about watching this film or reading the story was the ultimate tragedy.  I had a hard time believing that any story that ended so tragically and (as I always thought) pointlessly would be worth spending my time on.

What I discovered was that, though I still have an aversion to most highly passionate, dramatic romances and tragic ends, if that type of story is done extremely well, I can see the beauty and worthiness of such a story.  It is not simply a moral lesson.  It is, like all great literature, a way of tailoring our loves and hates into accordance with truth.  A moral lesson would simply tell us why passionate, reckless, worshiping love is dangerous to lovers.  And our intellect would agree.  But Shakespeare does something different.  He bypasses our intellect and goes straight for our hearts.  He involves us deeply in the feelings of Romeo and Juliet, and takes us on every stage of their journey, all the way to the bitter end.  By the end of the story, when our own hearts have been broken by tragedy, we not only understand the wisdom of prudence and the pointlessness of recklessness and violence.  We truly love prudence.  We hate violence.  We grieve rashness.  This art of “loving and hating aright” is the very purpose of literature.  And it is an art in which Shakespeare excels. 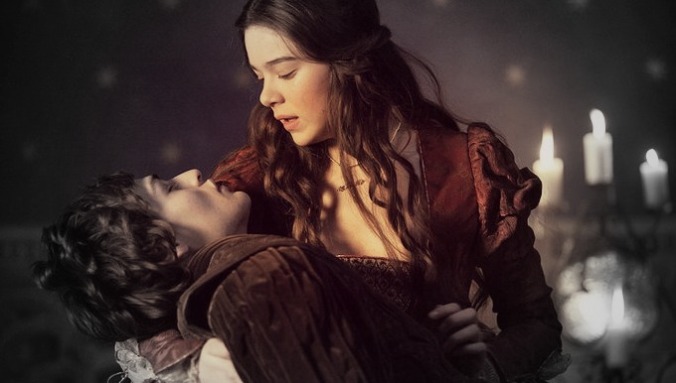 It’s safe to say that my first experience with Shakespeare went off with a bang.  I never would have thought that anyone could make me love this “tale of woe, of Juliet and her Romeo.”  But when a masterpiece of literature is brought to life by truly outstanding actors, then what chance does my prejudice stand?  While I still dislike the majority of stormy, tragic romances, Romeo and Juliet was nothing less than magnificent.

6 thoughts on “Romeo, Juliet, and the Purpose of Literature”