Few books have captured my heart so completely, formed my character so dramatically, and impacted me as deeply as The Lord of the Rings.  The world of Middle-Earth sometimes seems as real to me as the world I live in.  The people that walk its mountains and plains have become my mentors and companions.  This tale of determined goodness withstanding evil, no matter the odds, has done a great deal towards making me the person I am today.

Honestly, I have no idea how I’ve gone on blogging this long without writing a post dedicated to one of my favorite stories of all time!  I have been re-reading the trilogy lately, and have been struck all over again at how amazing of a story The Lord of the Rings is.  There are many reasons why it has been loved by so many and is considered one of the pillars of all modern fantasy literature.  I could easily (and quite cheerfully!) fill an entire blog with reasons why this is so.  For the moment, though, I’ll try to shave it down to a more manageable, post-sized portion.

I never cease to be amazed at the fact that such an enormous, detailed, realistic world could have been created from one man’s imagination.  John Ronald Reuel Tolkien was an ordinary English professor – middle aged, middle class and middle sized.  Just by looking at him, you never would have been able to tell that he had created an entire world from the ground up.  How on earth could such an grandfatherly, pipe-smoking, paper-reading old Englishman create places like Isengard and Rivendell and Gondor – countries upon countries and histories upon histories?  The answer to that question lies in an unexpected place: language.

Tolkien had a fascination with ancient languages (Anglo-Saxon, Welsh, etc.) from the time he was a small child.  He began creating a detailed, comprehensive language for Elves when he was a young soldier in WWI.  This love of words was coupled with an enjoyment for ancient stories like Beowulf and Norse myths.  The old tales were filled with wizards, elves, dwarves, magical rings, dark lords, riddle games, goblins, and even Norse zombies, all of which had a huge impact on the writing he did later in life.

With a thorough knowledge of language and legends under his belt, Tolkien began building a world for his elven language.  The foundation of Middle-Earth lay not on random ideas and daydreams from Tolkien’s mind.  It began with a painstakingly crafted language and history that had its roots in real-life languages and lore. 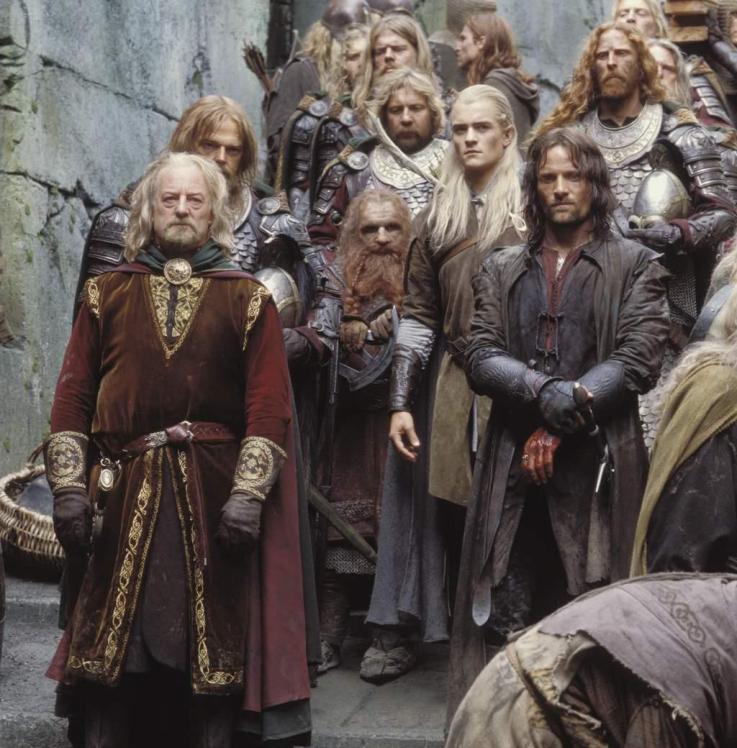 The Lord of the Rings also has its feet firmly grounded in Christian truths.  As Tolkien’s friend C.S. Lewis described it, “The Hobbit is merely…a part of a huge private mythology of a most serious kind: the whole cosmic struggle as [Tolkien] sees it but mediated through an imaginary world.  [The Lord of the Rings] will reveal this more clearly.”  Honor, bravery, valor, honesty, love and mercy are central to The Lord of the Rings as a whole story and to each hero in the story.  The pages of The Fellowship of the Ring, The Two Towers, and The Return of the King are simply teeming with rich, profound truths.

The nine companions that make up the Fellowship of the Ring are all heroes in the deepest sense of the word.  Not one of them is perfect.  Each of them has struggles and faults.  But the very fact that they struggle, fail, pick themselves back up, and eventually conquer the fear, selfishness, and pride is what makes them heroes.  They never give up.  They never back down.  They are determined in every situation to do what is right, no matter the cost.

Frodo perseveres in the face of almost certain defeat, giving every last ounce of himself to bring the Ring to its destruction and save the world from the evil that threatens to destroy it.  His friend Sam is with him every step of the way, encouraging, supporting, and remaining loyal through thick and thin. Aragorn and Gandalf work ceaselessly to protect all of Middle-Earth from evil.  Boromir gives his life to save Pippin and Merry.

If I was even a fraction as noble, loyal and courageous as the characters in The Lord of the Rings, I would be leagues further on in my journey towards Christ-likeness.

Aside from the inspiring characters in The Lord of the Rings, there is the sheer vastness of the world of Middle-Earth itself that keeps drawing me back over and over.  I love the green hills of the Shire, the grandeur of Gondor, the desolate beauty of the Misty Mountains, and the breathtaking beauty of Rivendell.  I have grown up loving these places to the point that I feel homesick for them. 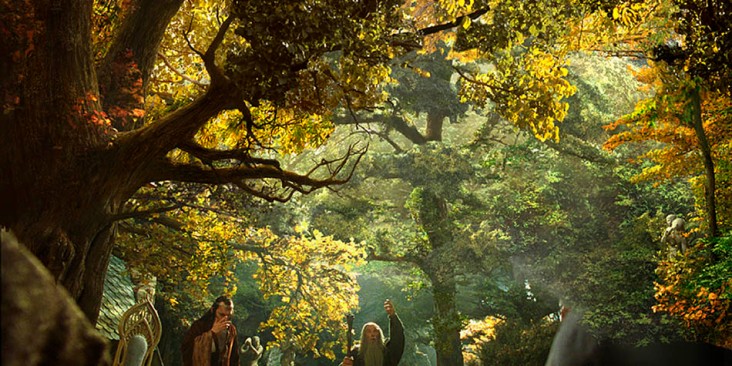 It took Tolkien many long years of writing, editing, re-writing, and correcting to get his “private mythology” on paper.  He often despaired of ever finishing.  And once he did finish the story, he wasn’t at all sure that people would want to read it.  He shouldn’t have worried.  His lifetime of studying languages and legends gave him the tools he needed to create a bridge between our world and Middle-Earth.  His Biblical worldview resulted in his characters being Christ-like and worthy of being called heroes.  Through his perseverance and hard work, he produced a story that has changed the way the world looks at fantasy, at literature, and at life. 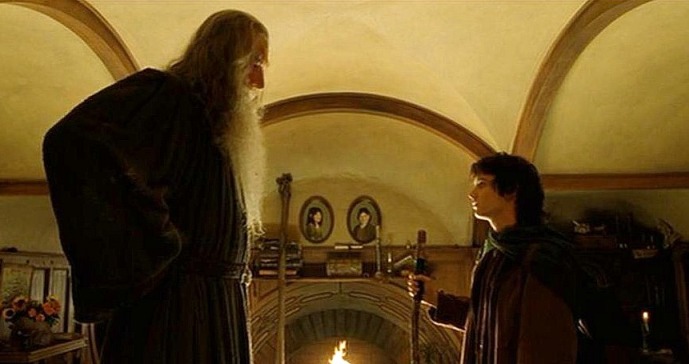 It’s an incredible thing for a middle-aged college professor to have accomplished.  But as he showed us through The Lord of the Rings, sometimes the smallest, most humble of people can make all the difference in the world.